leads for our clients

We have more than

Social media advertising services have become an integral part of social strategy for businesses across industries. As algorithms change, businesses can diversify strategies to reach the right people at just the right time with social advertising.

Each social advertising platform has its unique way of reaching people, and each has advantages. As a result, businesses in almost any industry can benefit from the use of social advertising to engage, inform, and convert their specific audience.

Discover how our agency and social media ad management services can grow your online presence, increase your sales, and improve your customer loyalty by contacting us online today. Or reach us by phone to chat one-on-one.

We get it — sometimes you want to speak straight to the source. To speak with a Digital Marketing Specialist about our marketing services, feel free to give us a call at:

Reach an audience of more than one billion with social media ad management services for Facebook, the world’s biggest social media network.

Advertise on the best social media platform for lead generation. Target and capture valuable leads with compelling and personalized ads for your audience.

Build brand awareness and drive engagement with a competitive ad campaign for Instagram that gets users to interact with your brand and buy your products.

Access more than one-third of the Internet with social media ad management services for YouTube. Create text- and video-based ads that drive leads and sales.

Turbocharge enterprise sales with
social ads
(for ad budgets above $10,000 per month)!

Connect with current and potential clients     fast with social media advertising services    for Twitter. Become the business that          users follow and trust.

Engage with a specific and highly targeted audience with a managed social media campaign for Pinterest that generates awareness, sales, and more for your business.

Attract, engage, and sell with social media ads, custom-designed for your direct to consumer business!

Our social media ad management services go beyond the everyday management of your campaigns. We go a step further. Our team helps yours achieve its goals, from earning likes to driving sales, while also optimizing your ad spend for the best return on investment (ROI).

With our social media advertising services, your company can take advantage of these seven benefits:

Empower your business with social media ad services built for performance and achieving your goals.

With NeuBrain, your business doesn’t have to worry about managing your social media advertising campaigns, whether on LinkedIn or Facebook. Our experienced team of social media specialists, as well as graphic designs handle everything when it comes to social media ad management.

As a part of our social media ad management services, your business receives:

If your company hasn’t advertised on social media before, our social media advertising services also include the installation of network tracking pixels, like Facebook Pixel, on your site. That way, your ad campaign can use remarketing to convert stray customers.

74% of people use social media when making a purchasing decision

Make their decision easy with a stellar social media presence. See how your brand can make it happen by requesting a no-obligation proposal today.

It is a wise decision to target people directly where they enjoy spending their time.

NeuBrain will combine many different social media advertising services that create a campaign that is tailored to your business model.

Whether your goals are to drive conversions, increase your brand awareness, or increase engagement with your audience, social media advertising services are versatile. We can find the best approach for your business.

The strategy will include applicable content that is up to date with current marketing trends and will always consider the unique aspects of your business that set you apart from competitors.

Which platform should I choose for social media ad management?

While there are many social media advertising platforms on the Internet that offer paid advertising options, it’s important to choose the platform that will allow you to reach a relevant audience.

When it comes to your campaign, you should consider some big players in the game. These networks include:

Our strategists, as well as social media specialists, can help your business choose the best platforms for your social media ad management services. Helping your company focus on the most useful networks for your company can result in a bigger return and better results.

Learn more about the different platforms and their advantages below:

Facebook is currently, and most likely will remain, the biggest social media advertising platform. There are 1.47 billion daily active users on Facebook as of June 2018. 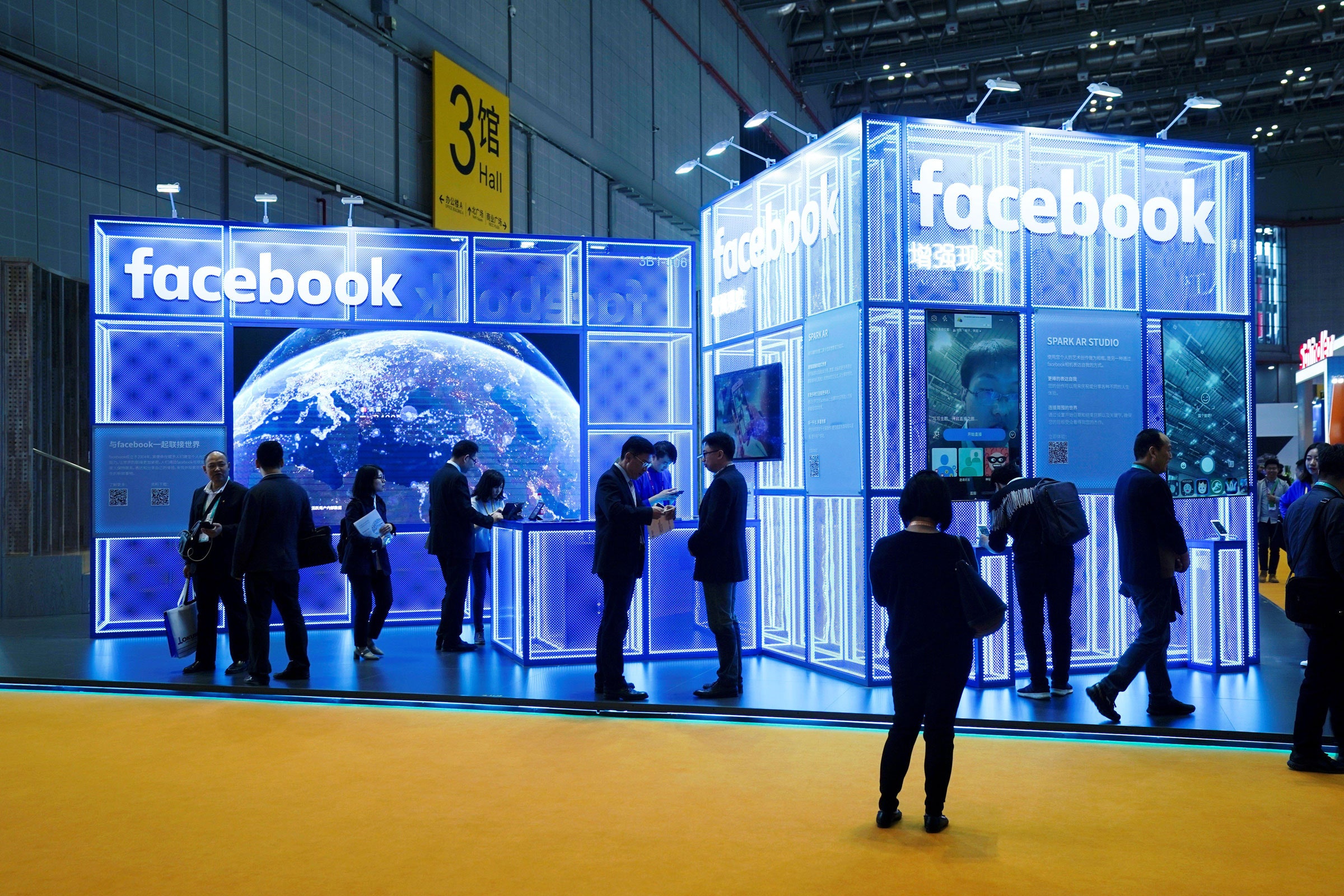 In addition to a variety of ad formats, Facebook offers targeting options that allow advertisers to target specific demographics, interests, and behaviors. Facebook can also target users based on where people shop, travel, and much more!

Instagram is owned by Facebook, so their advertising systems are similar. Instagram introduced advertising in 2015 and it’s seen growth ever since. In fact, the number of Instagram ads increased by 28 percent when comparing July 2017 to December 2017. 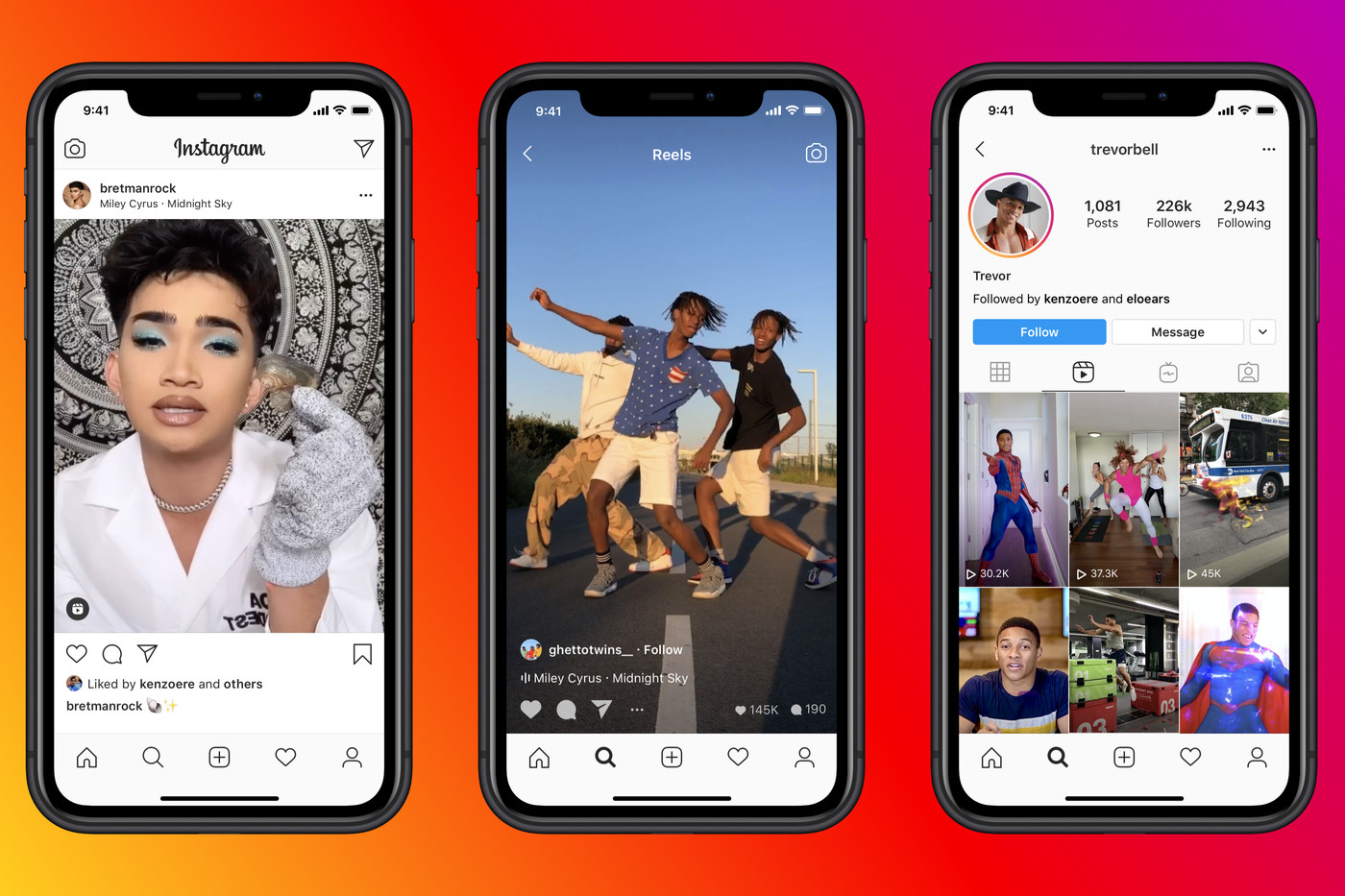 Visuals are one of, if not the most, important element of an Instagram advertising campaign creative. It doesn’t matter if you are selling the best product in the world with the best customer service, if you have poor visuals, your Instagram campaign will suffer.

Instagram ads can be in the same format as Facebook: photo, video, carousel, slideshow, and Instant Experiences. Instagram also allows users to structure a campaign based on the campaign objective, such as website clicks, conversions, app installs, engagements, video views, and awareness. Instagram advertisers can target their ads the same way as Facebook ads.

There are over 330 million monthly active Twitter users tweeting away and scrolling through their feeds. Twitter offers several forms of paid advertisements to reach these users. Twitter advertisers have the option to select the objective they want to achieve for their business, whether that be increasing traffic, engagement, awareness, video views, followers, app installs, or app re-engagements. 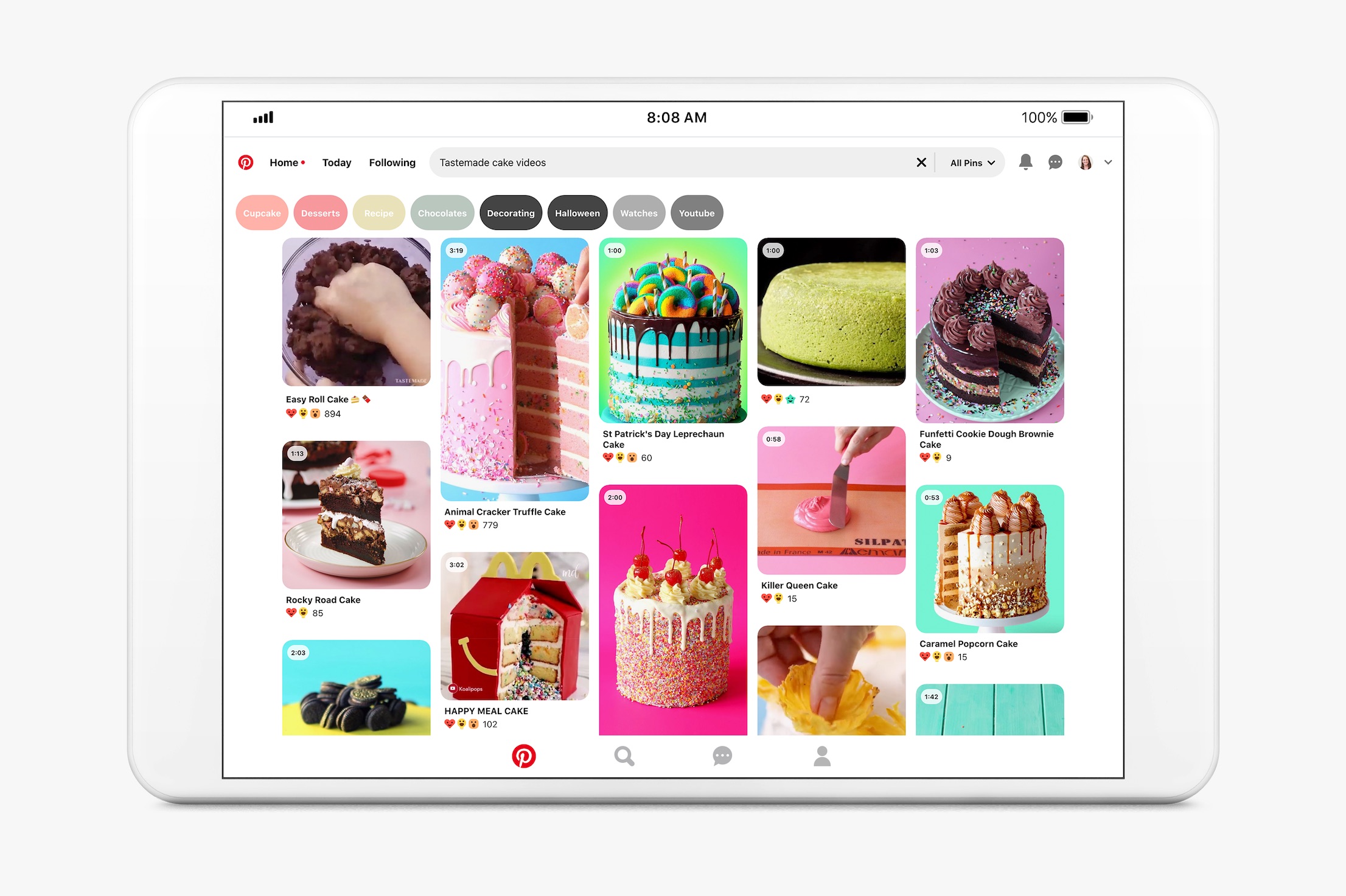 Advertisers can target audiences based on interests and keywords. When targeting by interests, Pins will show in users’ home and category feeds based on a user’s past interests and on the topic of the category. Advertisers can select from a variety of interest categories, each with additional segments. When targeting by keywords, advertisers can select phrases and words that would be similar to what a user is searching. This targeting places Pins in a user’s search results. It is best practice to include both keywords and interests in a campaign to reach people in both places. 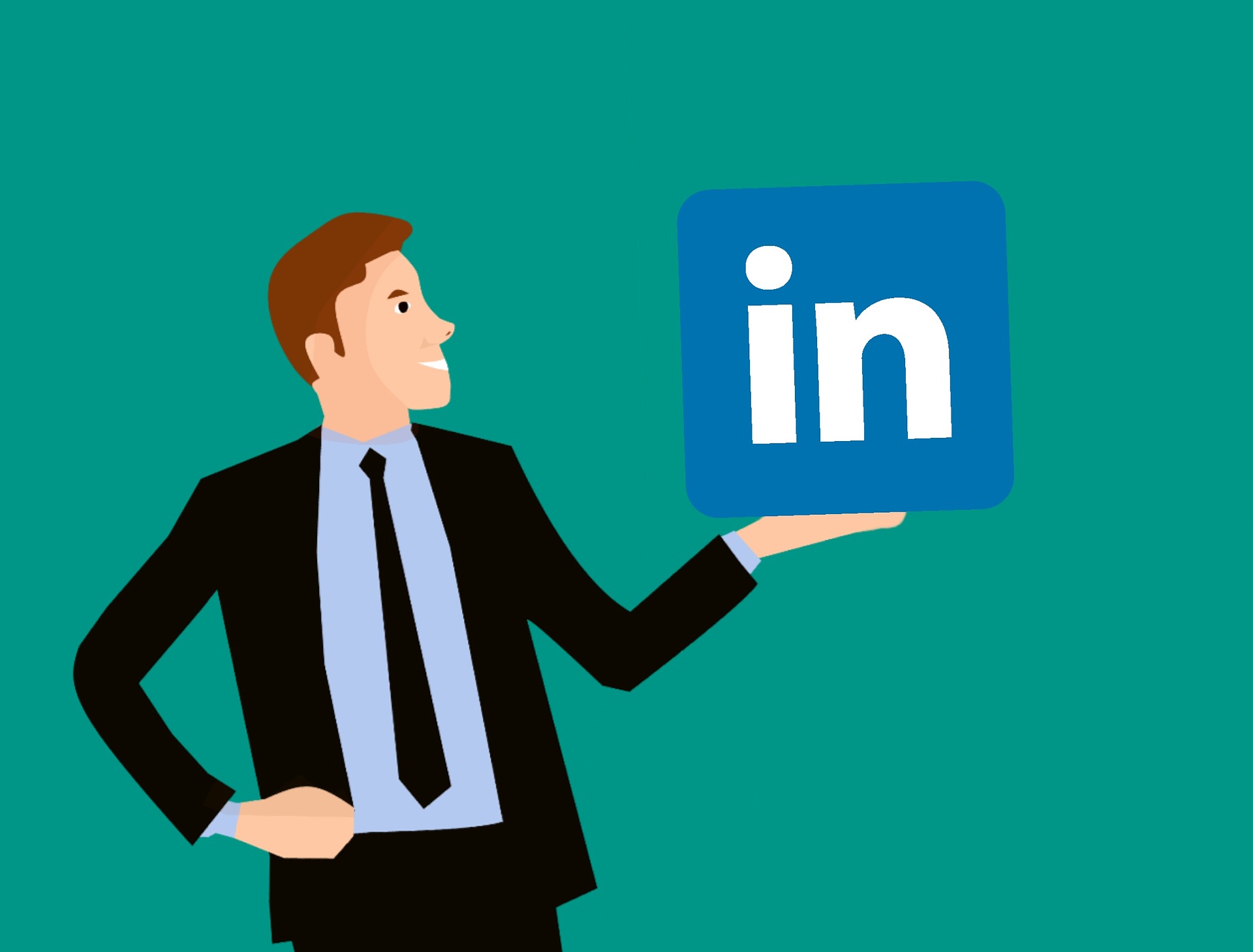 LinkedIn offers advertisers three different ad products depending on the goals of a campaign:

LinkedIn’s targeting particularly shines when it comes to employee and company-specific targeting. Industry, position, seniority, and company size are a few ways LinkedIn allows businesses to hone in on a target audience in addition to age and location demographics.

As an example, take a heating and cooling company. Their HVAC company’s advertising strategy may use LinkedIn to recruit top talent in the local area. An ad campaign on LinkedIn could even help them market themselves to potential corporate or business accounts.

With over 1.3 billion users, YouTube has become more than a place to watch videos – it serves as the world’s second most visited search engine behind Google. 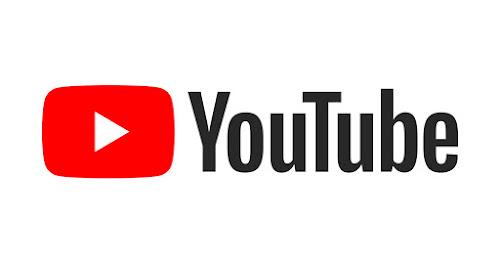 If a business has either of these assets to use in YouTube ads, it can target the ads to people based on demographics, interests, and keywords.

Snapchat has 187 million daily active users with 71 percent aged 34 and under. If your audience is under 34 years of age, Snapchat is a great place for your social media budget.

Snapchat offers three ways to create ads: Snap Ads, Filters, and Lenses. Snap ads appear when a user scrolls through their friends’ Stories. Filters are sponsored graphics that users can find when swiping through options to select an overlay on their own photo or video. These are often used for events at a specific location. Lenses also overlay a photo or video but can be designed to affect or alter the image and video of the user.

Should I use a social media advertising agency?

NeuBrain has been driving results for satisfed customers online for over 2 decades.

With so many agencies out there, it can be hard to choose the perfect one for your business. But don't worry — it doesn't have to be difficult! Follow our three tips to make the search for an agency and social media ad management services easy.

Make sure they offer the services you're looking for

If you're a small business that really wants to make an impact with social media advertising services, it's crucial to find an agency that provides the services you're looking for. For example, if you want someone to run your social campaigns for you, make sure that the agencies you're considering offers that service.

The best social media advertŚising agencies in the world will publish their pricing. Why? They don't want to waste their time, or any potential clients' time. When an agency doesn't provide transparent pricing, it could mean that they have hidden costs associated with their social media ad management services, or that they don't have a concrete pricing system. However, when an agency does provide transparent pricing, it means that they're truly interested in finding serious potential clients. It also means that they want you to be informed right away about budget, and what to expect to pay for their social media advertising services.

You should never settle on the first social media agency that you find. Researching a lot of options not only gives you the ability to choose, but it allows you to get a sense of a realistic budget, learn about services that you may not have been aware of, and get to know a lot of different agencies. You should also be sure to get to know the company before signing on the dotted line. Do research on the results they've driven for clients, on their agency history, and other important factors, like what their social media ad management services include.

If you’ve been searching, “best social media advertising agency near me,” look no further than NeuBrain.

Our team has driven over $2.4 billion in sales and 6.3 million leads for our clients. If you’re looking to see the benefits of our social media ad management services, reach out to our team to receive a free quote.

Let us help you!

Let us know how to get back to you.