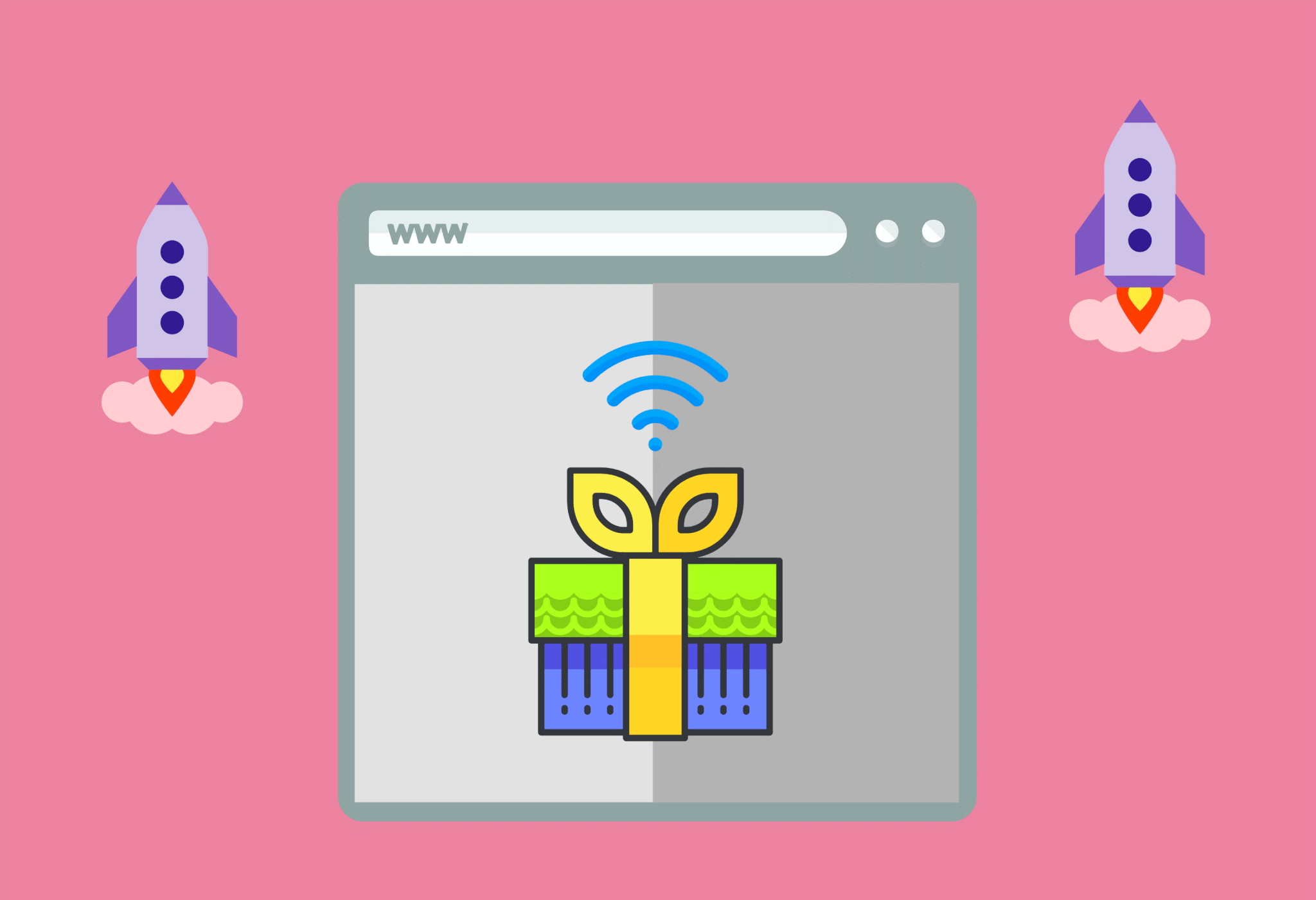 Organizing a successful product launch as a brand is similar to getting out on stage as a stand-up comedian.

No matter how certain you are that people will like your product and that you will have a great product launch, you can never get rid of the anxiety that all you will hear is crickets.

According to Five By Five Global, three-fifths of consumers were unaware of any new releases in the previous year, which isn’t good news if you released something last year (or are planning to do shortly).

But that doesn’t imply that what you’ve made isn’t good.

It means that it hasn’t been properly marketed.

To show you how to avoid the deafening silence of no one recognizing your product, we’ve selected five of the most successful product launch examples from recent years to inspire your launch marketing efforts, along with some pointers on how to put the methods into action.

Their Strategy-
When Goodridge & Williams Distillers created Nütrl Vodka Soda, they faced a major challenge: consumers were skeptical of the drink’s basic promise that it comprised solely of Nütrl Vodka, carbonated water, and natural lemon juice.

It sought a technique to persuade people that what they were offering was healthier than wines and beers with artificial tastes and sugars. They accomplished this through amusing videos targeted at men and women who prefer vodka soda cocktails.

With such a large target population, the company launched 30-second advertising on TV portraying people “breaking up” with wine and beer during sporting events, as well as on social media via co-op Facebook ads with merchants. The promotion contributed to the drink’s becoming Canada’s fastest-growing ready-to-drink vodka soda.

Learnings-
• Accept video marketing. ” Consider the following statistics:
• At least half of all adults watch at least one hour of video per day.
• Every day, Facebook receives 8 billion video views.
• 79 percent of people would rather watch a product video than read about it.
• After watching a video, 84 percent of shoppers made a purchase.
• Every year, video marketers receive 66% more qualified leads.
• Brand awareness rises by 54% thanks to video marketing.

Those figures reveal everything you need to know. People enjoy watching videos, and using them promotes brand exposure and sales.

Make short, snappy videos that convey your main idea in a way that invites sharing. When performing this, keep the following in mind:
66% of all videos published in the last year are less than two minutes long. people’s attention spans are shortening. According to several studies, humans are on par with goldfish.

Eighty-five percent of Facebook videos are watched without sound. Without audio, your tale must be comprehended by utilizing correct captions to complement speech.

Harry’s Product Launch Was a Success!

Their Strategy-
Harry’s main selling feature is straightforward: they provide custom-made razor blades at reasonable pricing, lower than more well-known competitors. The issue is that being less expensive does not always imply more customers. People still need to be persuaded.

Harry’s did (and continues to do) this by prominently featuring a trial offer on its website and in social media ads, which then drive users to a landing page. The straightforward strategy has helped the company grow into an online retail behemoth, with three million monthly recurring clients and counting, and $200 million in revenue in 2017.

What you could implement-

• Make a free trial offer.
A trial offer is an excellent approach to persuade people that your product is worth buying. You’re the one who’s putting your money where your mouth is. The ball is squarely in the court of the buyer.

They don’t have to buy anything if they try it and don’t like it. The friction of purchasing a product they don’t completely understand is removed.

Customers, on the other hand, enter the marketing funnel as promising leads. They’re interested enough in the product to test it, which suggests they’re interested in learning more about what you have to offer. Make it simple for customers to claim trial offers with a straightforward message and calls to action.

For example, Harry’s prominently displays the trial offer on its homepage. This takes you to a website where you can easily place your order.

• Reduce the number of steps between landing on your website and walking away with a trial as much as possible.

Their strategy-
In product launch marketing, taking on the competition is nothing new. Consider Coca-Cola against Pepsi, Samsung versus Apple, and Xbox versus PlayStation.

It wanted people to know that their users would not be subjected to the same fate. And it was effective. The stunt was on the main page of TechCrunch and other big tech blogs an hour and a half after the ice arrived. As a result of the publicity.

• Three times higher conversions on the stunt landing page
• Traffic has increased by 225 percent.
• Signups have increased by 300 percent.
• That’s not bad for a start-up with a small marketing budget.

What you could do?
• Competitive marketing allows you to highlight your advantages.
• You can accomplish this in a variety of ways, including:
• Advertise your product to Facebook users whose interests include your competition.
• Run targeted video advertisements that appear anytime a user searches for YouTube videos connected to the competition.
• Target competitors’ Twitter followers.
• Use Google Ads custom affinity audiences to target competition websites.
• Create Public Relation

When pursuing competitors, it is critical to contrast oneself with the market leader. Going after someone smaller makes no sense. As a result, you’ll come across as a bit of a bully, which will create a bad impression.
Deliver your message in a fun, engaging manner that highlights your capabilities. To get customers to switch from the big boys to your product, focus on what is the impact of customers’ choice to transfer goods.

• Current product flaw -demonstrate how well your product answers the customer’s problem.
• Attracting new products -emphasize where your product outperforms the competitors.
• Change anxiety and uncertainty – demonstrate to customers how simple it is to make the switch.

• Existing habits and allegiances – alter the customer’s mindset by decreasing their loyalty to a product.

Their Strategy?
Unsplash launched a Kickstarter campaign for a book including inspiring photographs and writings from creators to thank photographers who had contributed photos to assist its site reach 50 million downloads.

The campaign’s goal was to raise $75,000, but they were able to raise $25,000 more than that. But how?
By enlisting the help of influencers, The work in the book was handpicked to feature prominent figures from the creative business, whose influence helped propel the book to new heights.

What you could Do?
• Collaborate with influencers.
70% of millennial consumers are affected by the recommendations of their friends in making purchasing selections. Working with an influencer may be the most effective way to reach your target audience, with 26% of desktop users and 15% of mobile users using ad blockers to avoid traditional ads.

According to a Nielsen Catalina Solutions and Tap Influence study, the ROI of influencer content is 11 times higher than that of typical ads. This is because influencers quickly establish trust and relationships while also increasing brand exposure.

Find well-known people in your field and reach out to them. Sprout Social recommends the following strategies for breaking the ice on LinkedIn, but they may be used on any social channel:
• Before adding them to your network, start liking their shares and posts.
• Send a relevant message about their material.
• Request that they join one of your LinkedIn groups (or join theirs).
• Tell them how you discovered them (be honest).
• Explain that all you need is a few minutes of their time (value their time).
When you’ve identified influencers, talk about how you can work together. You can accomplish this in a variety of ways:
• Posts by guest bloggers
• Advertised content
• Affiliate relationship
• Product evaluations

Their Strategy-
Tommee Tippee turned a unifying issue into a PR gimmick to get traction for a campaign encouraging mothers to follow their paternal instincts. That is, other people’s advice on how to parent is frequently unhelpful and unnecessary.
Tommee Tippee turned parenting books into limited-edition baby wipes, allowing women to practically clean their buttocks with the advice of others.

As, a result, it built a useful product that supported its core goal: to attract people to notice the brand. The launch helped raise awareness, not just of the brand’s # ParentOn idea, but also of the brand itself as it attempted to enter the US market.

What you could do?

• Convert engineering to marketing.
Listen to your audience and design experiences that meet their demands. Find out what their problems are and come up with a solution.

Another example of engineering as marketing is Hitlist, a website that helps customers locate the best bargains on flights and travel offers.
It developed the Wander tab, a Google Chrome plugin that displays a breath-taking photo from an incredible location, as well as how much it costs to travel there, information from friends, and travel suggestions, whenever a new tab is opened.

It is beneficial to tourists since it allows them to explore destinations and receive tailored warnings while still fulfilling the brand’s primary goal: persuading people to utilize its service.

Offer something of value to the customer. This will aid in the development of trust and make individuals more open to what you want them to do or hear.

CONCLUSION-
When it comes to launching a new product, it is all about creating a buzz – persuading people to take a second look and choose you over the competitors.

And, as we’ve seen, there’s no shortage of methods to go about it. However, you must use caution while deciding on a strategy.
• Investigate the market
• Find the channels where your target audience spends their time.
• Utilize your advantages.
• Create an effective product launch marketing strategy based on your objectives.
• Perhaps even engage a growth marketing agency to assist you along the way.

Combine these elements with one or more of the tactics we’ve discussed, and your product will have the highest chance of a successful product launch.
Or else, if you feel it’s a hectic job then you are just a call away.

At Neubrain, we aim to provide the best solution to help your company flourish and have a boom in the future!

PrevPreviousIMPORTANCE OF CREATIVITY IN MARKETING CAMPAIGN
NextWhat is Pre-Launch Marketing?Next

AI IN LEARNING AND DEVELOPMENT INDUSTRY