In the U.S. alone, nearly one in five people live with a disability. Automated ADA & Section 508 Compliance Services from NeuBrain use advanced AI technology to provide a great experience for all site visitors — regardless of impairments or disabilities.

At NeuBrain, we understand Americans with Disabilities Act (ADA) and Section 508 compliance standards — and we aim to make your website accessible to all visitors. We’re one of the best ADA compliance companies out there today.

Our AI-powered compliance services include:

Are you ready to dive into ADA compliance services?Contact us today to tell us more about your business and start designing your custom website!

We get it — sometimes you want to speak straight to the source. To speak with a Digital Marketing Specialist about our marketing services, feel free to give us a call at: 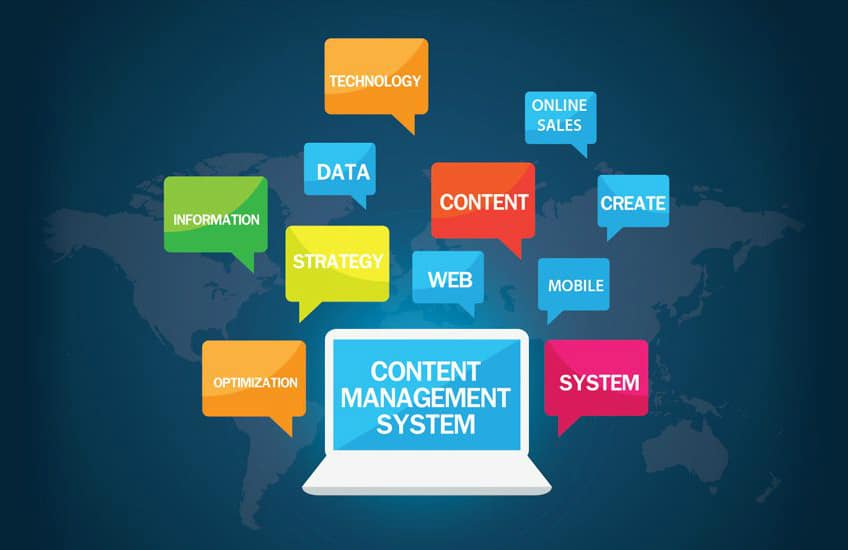 Here’s a breakdown of how it works:

MarketingCloud AI tech can be installed in just two weeks on any website or content management system (CMS).

While we can’t guarantee 100% compliance with accessibility guidelines, our technology aims to maintain your site’s accessibility — even as you make updates.

You heard that right. Our automated ADA compliance services cover current content on your site and ensures accessibility of future site updates.

What disabilities do our services cover?

Our ADA compliance services include 50+ features, used by people with disabilities to tailor any website to their needs.

At NeuBrain, our mission is to provide web accessibility for every disability, including:

Why make your site accessible?

4 million people have a visual disability

5 million people have a hearing disability

9 million people have an ambulatory disability

8 million people have a cognitive disability

If your website isn’t ADA compliant, you’re preventing millions of visitors from enjoying a positive experience on your site.

In addition to ensuring your site provides a great (UX), there’s a link between website accessibility and search engine optimization (SEO).

ADA compliant design aims to improve site relevance, time on site, and UX — all factors which impact your SEO.

Our ADA compliance services can boost your site’s relevance, improve UX, and encourage people to spend more time on your site. All of these things send positive signals to search engines, like Google, and can boost your rankings to the top of search engine results pages (SERPs).

What are you waiting for? Contact us today to get started with ADA compliance services.

What is ADA compliance?

In 2010, the Department of Justice (DOJ) published the Americans with Disabilities Act (ADA) Standards for Accessible Design. According to ADA standards, all electronic and information technology must be accessible to people with disabilities.

ADA standards apply to commercial and public entities with “places of public accommodation” which includes the Internet.

In short, the law impacts:

Americans with disabilities, their friends, family, and caregivers

Private employers with 15 or more employees

While every business should ensure ADA compliance, our services are especially helpful for:

How do companies comply with the ADA?

To comply with ADA standards, companies are encouraged to use the Web Content Accessibility Guidelines (WCAG) 2.0 level AA standards.

This guide provides the gold standard for ADA website compliance, outlining guidelines for:

Video: What is 508 compliance?

The Section 508 legislation is an amendment to the Workforce Rehabilitation Act of 1973, signed into law by President Clinton in 1998. This amendment requires the information technology of Federal Agencies, including websites, to be accessible to those with disabilities.

The burden is on the Federal Agency to maintain the website and ensure users with disabilities have access to and use of information comparable to that of the general public. While the experience may not be exactly the same, all users must be able to access the same information, including images and media files, as well as perform common tasks, such as making a purchase or filling out a form on your site.

If you are a federal institution or a direct vendor to the Federal government, your business must comply with federally regulated guidelines for Section 508, including website accessibility. NeuBrain 508 Compliance solutions, also called ADA compliant solutions, meet all the accessibility requirements outlined in this legislation. In knowing how to satisfy these conditions, we are able to provide exceptional websites that adhere to the requirements of this act.

Section 508, an amendment to the U.S. Workforce Rehabilitation Act of 1973, is a federal law that requires federal government websites to be safe and accessible for people with disabilities.

While Section 508 only applies to federal agencies, it is best practice to comply with both ADA and 508 standards to provide the best possible experience for all website visitors.

In addition, having a compliant website increases your base of potential customers. Roughly 19% of the population is living with some type of disability, and ensuring your site is accessible to this population is certainly to your company or organization’s benefit. Don’t miss out on potential sales because your site is not accessible.

What do compliance audit services include?

In addition to our automated services, we offer two manual audit options for creating an ADA and 508 compliant website.

Along with the option of implementing our recommendations for you, we also offer a cost-effective, do-it-yourself (DIY) option. With this option, we will analyze and evaluate your organization’s website for compliance standards and provide a full report of the site audit we perform. Based on this analysis, we will determine and outline what requirements are met in addition to outlining our recommendations for improvement and enhanced accessibility.

When employing our website compliance services and opting for the DIY option, NeuBrain will also provide copywriting services for images and meta tags. By writing these for you, NeuBrain ensures ADA abd 508 compliant, lucid verbiage with images that are able to be read by screen readers and understood by your intended audience.

We will also act as a website compliance consultant to answer any questions you have throughout the process. That way, you’re in the loop on every step of creating your ADA and 508 compliant website.

Having a design that is focused on the visitor typically requires making sure the flow of navigation and organization of your website meets end-user expectations. We will analyze the layout and navigation of your site to ensure it satisfies user requirements. Additionally, we will make sure the pages and design elements within your site are visible and accessible to all users.

In order to ensure your site encompasses 508 compliant web accessible content, we will assess all information, images and other media files within your site. In addition, we will verify all users have the ability to make purchases and complete online forms successfully.

Having a clear understanding of the accessibility requirements and the knowledge to translate the requirements into technical solutions is essential when building a 508 compliant website. NeuBrain has expert knowledge of how people with disabilities interact with information technology, and we are well-versed in the requirements within the Section 508 legislation.

NeuBrain will evaluate the following and implement recommendations based on 508 compliance requirements:

Although federal agencies have been required to make their sites accessible to people with disabilities since 1998, it was not until fairly recently that anyone took action against non-compliant sites. This changed when the National Federation of the Blind (NFB) started bringing attention to the issue.

In the past few years, they’ve filed Section 508 lawsuits against several major agencies and businesses, including the Small Business Administration, the Social Security Administration, and the US Department of Education.

These federal agencies’ sites were all inaccessible to blind Internet users and prevented them from filling out forms and accessing certain information.

The National Association for the Deaf (NAD) has also taken action on the issue, and filed lawsuits against Harvard University and MIT in 2015. These were two of the first complaints filed against educational institutions, but because they receive federal funding, they were required to have Section 508 compliant sites.

In some cases, privately-owned businesses and corporations have also been subject to accessibility lawsuits. In 2006, for example, the NFB, NFB of California, and a blind college student filed a lawsuit against Target Corporation.

Target’s site was inaccessible to blind users, and did not allow them to access information or make purchases. This violated the Americans with Disabilities Act (ADA), and the court ruled in favor for the NFB.

This set a precedent for online retailers, and as this becomes more of a well-known issue, there are likely to be similar lawsuits in the future for ecommerce sites that are inaccessible to customers with disabilities.

In fact, some individual citizens have started filing their own lawsuits over ADA violations in recent years. Between 2012 and 2015, one blind man in Beaver County filed 66 lawsuits against various businesses with inaccessible sites – and has “reached confidential settlements” with every single one.

The companies he sued ranged from clothing retailers to banks to auto repair shops, demonstrating that regardless of industry, any business could be at risk for lawsuits over ADA violations.

Why partner with NeuBrain for ADA & 508 compliance services?

NeuBrain offers ADA and Section 508 compliance services for government, government contractors, businesses, non-profit entities and the private sector to ensure your organization’s website is meeting the standards set by the Federal government.

We will evaluate your site page-by-page ensuring any and all accessibility requirements are fulfilled, making sure any visitor to your site who lives with a disability has the means necessary to experience your site in its entirety.

Our team includes skilled web designers and expert accessibility analysts with extensive development backgrounds and the technical insight needed when developing or testing ADA and 508 compliant web-based content. And our thorough approach will leave you with a compliant website that is accessible, attractive, and engaging for any viewer.

our team has skilled web designers and accessability analysts
NeuBrain doesn’t just provide a website that all users can effectively access. We design your website with forward-compatibility, ensuring that as browsers continue to evolve, your website remains constantly functional for all visitors.

Our strategy for website ADA and 508 compliance leaves no stone unturned to ensure we tackle everything from the big picture down to the smallest details.

How to Find the Right Web Designer
Should I Redesign My Website?
Why Is Web Design Important?