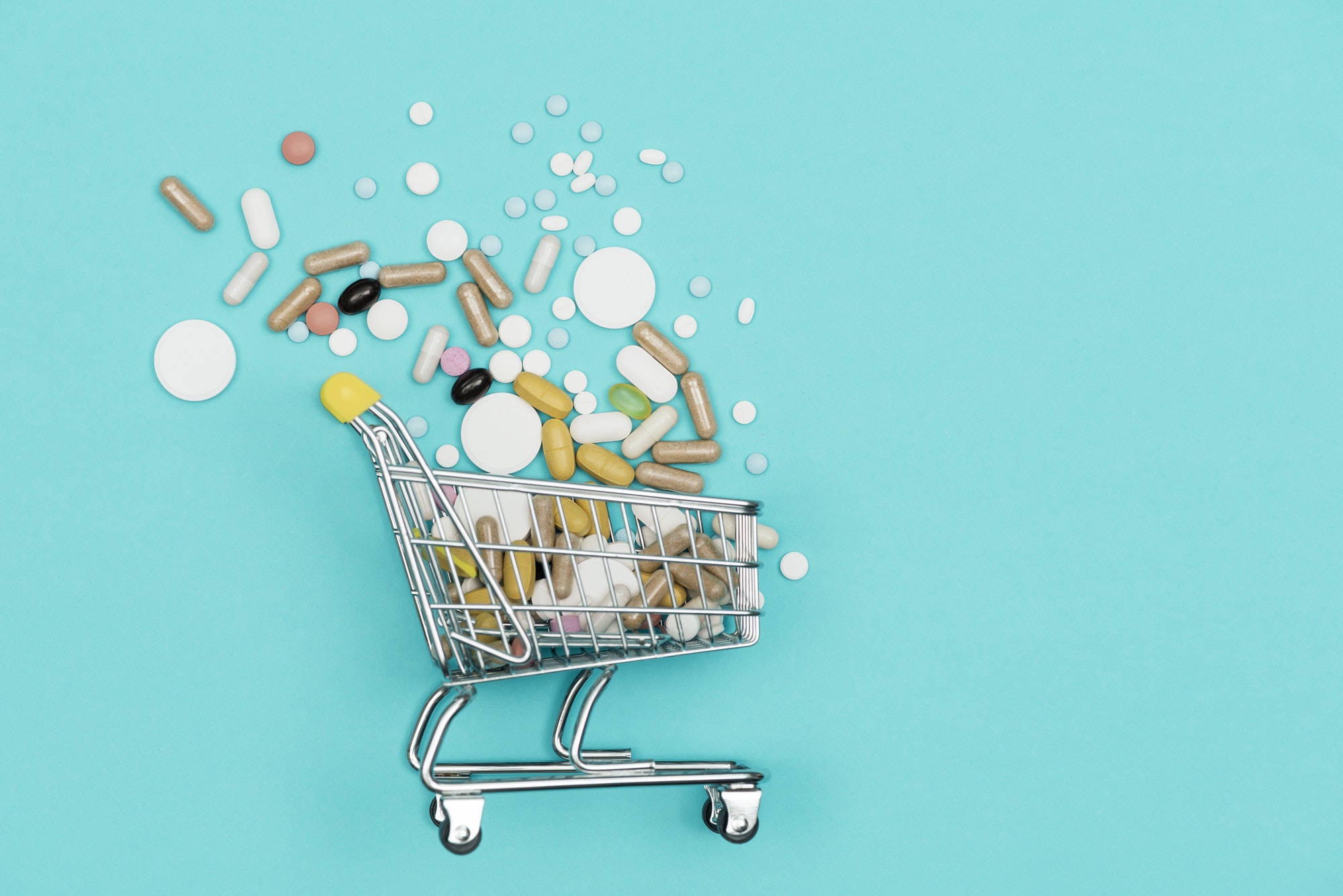 Pharma marketing campaigns are rarely thought to be amusing or inventive. “Oh, I just saw the best commercial…” were rarely heard when discussing a pharmaceutical campaign. Some pharmaceutical advertisements may be educational at best, and “slo-mo walking on the beach” at worst, due to a sensitive, uncomfortable subject or uninteresting, indistinguishable commercial imagery.

When it came to keeping up with (digital) trends, pharmaceutical marketing used to lag.

Sure, there are the typical justifications: sensitive topics, rules, side-effect reporting guidelines, risk disclosures, and other stringent codes of practice. The times, however, area-changin’. They’ve been evolving for quite some time. Traditional marketing tactics are declining, and pharma marketers are adapting to changing consumer expectations.

Consumer empowerment, the desire for a personalized approach, and the expectation of involvement all prompted the abandonment of single-channel marketing. It also means fracturing the golden trust triangle of doctors, blockbusters, and salesforces, as Pharmaphorum put it.

Nowadays, pharma marketers understand how to break free from the status quo and engage in out-of-the-box pharma marketing strategies while still conveying their message and remaining creative.

They do it to encourage open conversations about health issues and to remove the stigma associated with certain medications and disorders. That is the strategy that captures the audience’s attention and earns their approval and trust.

Pharma marketing campaigns have begun to move in the direction of fun and engaging content, and here are a few instances.

Let’s start with advertisements aimed at a difficult-to-involve audience in health discussions: men. These two advertisements stated, “Screw it, I’m not going to tiptoe around sensitive men’s health themes,” and normalized them. They decriminalized discussions about erectile dysfunction, hair loss, performance anxiety, and men’s skincare. They made the subject matter more approachable, enjoyable, and encouraging.

In an endeavor to engage men in the conversation about baldness and ED, Hims chose a no-nonsense approach. They present these medical concerns as something to be discussed openly rather than brushed under the rug. And they do it in a warm, casual tone. Don’t you think it’s rather un-pharma?

Roman addresses ED in an easygoing manner, similar to Him. It is not anything to be embarrassed about, but rather a problem that must be dealt with as any other – deal with it and go on.

Roman is not just advertising their product, but also the services that come with it while ridiculing the usual approach to these types of pharma marketing campaigns. The commercial’s main focus is not the product itself, but rather the entire experience.

Including art and design in pharmaceutical marketing efforts

Who said pharma marketing had to be all about the same old, boring imagery? Using the great power of art and design, these ads revolutionized our perception of the pharmaceutical sector.

The Dabur Gastrina tablets print campaign embraces the elegance of minimalism, but effective graphic design, breaking free from the limits of interchangeable pharmaceutical photography and images. These two-color print images express everything — without saying anything at all.

Dentsu, a Japanese advertising agency, designed a stunningly stunning outdoor marketing campaign for Meiji. The purpose was to raise awareness about our immune system, something we don’t know much about and rarely think about. The illustrator made comprehensive black and white art pieces representing the immune system that were displayed in public places like murals.

A thousand words are worth a thousand pictures. And that’s exactly what Area 23’s campaign for Insmed set out to do. The campaign was aimed at healthcare professionals because NTM (nontuberculous mycobacteria) is difficult to diagnose and often goes unnoticed.

Insmed partnered NTM patients with artists from all over the world to produce visual depictions of their NTM experience. They wanted to raise awareness about the difficulties that people with NTM face.

This app, which won a Cannes Lion award, was developed as part of GSK’s chronic obstructive pulmonary disease (COPD) awareness campaign. The traditional Chinese art genre of blow painting inspired Breath of Life. It was the outcome of a partnership between a renowned pulmonologist and a well-known artist. The software uses the COPD measurements to design a tree utilizing the blow painting procedure by exhaling a deep breath. It represents a person’s breath as a tree with blossoms. The dilemma is made worse by the fact that the smaller the tree, the more terrible the situation.

Because of the quantity of information available online, on apps, and through chatbots, individuals feel even less reliant on doctors for assistance in this digital age. In fact, according to one survey, more than 85 percent of patients were confident in their capacity to take charge of their health. So, in addition to the Breath of Life app, let’s look at how Amag Pharmaceuticals used a chatbot to address the often difficult subject of women’s sexual health.

This project was designed to help women learn about Intrarosa, their medicine for reducing discomfort during intercourse, and to ease the dialogue regarding women’s sexual health. They wished to establish a safe area for women to obtain useful information while staying anonymous. It functions as a “choose your own path” approach, with women able to select one of three different characters with whom they identify to begin learning about their illness.

Last but not least, the following efforts truly challenged the status quo of pharmaceutical marketing. They took what pharma marketing was and threw it away to create these reinventing campaigns. These are our last three out-of-the-box pharma marketing campaigns, ranging from a charity opting to stop acting like a charity to a grim, reality-check opiate addiction awareness campaign.

Sickness does not imply weakness. Sick responds by fighting back. That was the message that this hospital sought to send. They shifted away from their conventional marketing approach, which frequently employed emotive messaging to appeal to donors, and instead used a more powerful, uplifting approach.

The campaign, branded VS, stands for vs and refers to the hospital and its patients passionately combating various ailments (cancer, CS, autism…) – never giving up.

Allergan created the ads for this campaign using metaphors patients use to describe living with bipolar disorder. The videos showed a woman ascending and descending in an elevator, with each stop symbolizing a distinct mood.

They utilized this precise scenario because it was how patients expressed their feelings. An elevator traveling up and down, feeling uneasy and unsure of what may happen next. Aside from this picture, they’ve also used videos of patients standing on top of a swaying house of cards and shopping wildly.

The purpose of this campaign was to initiate a discussion about the opioid issue and dispel the myth that it exclusively affects addicts in dark alleys. It may happen to anyone – your friends, family, neighbors, and co-workers. To emphasize this point, they engraved the faces of those who died on tablets and displayed them on a wall to represent the entire number of opioid deaths in a year.

It resulted in some fairly stunning pictures. “I’m overcome every time I see the wall since I was so close to going on it myself….” It seemed to me to be the most selfish thing someone could do. “That is until it happened to me.” Those were the remarks of one of the people featured in the video.

So, now you might have understood the ten examples of how pharmaceutical marketing can be entertaining and effective while still being educational. It merely takes recognizing that traditional pharma is no longer a constraint. Don’t be scared to be bold and imaginative with your imagery, and don’t be hesitant to attempt new things.

To be successful, pharma marketers must look beyond the product and grasp the value of developing long-term connections with customers through an omnichannel presence. Pharma marketers are now embracing the digital transition and developing a marketing plan across many platforms – from social media to apps and VR – to achieve a competitive advantage. These ten initiatives, if anything, are an example of just that.

Using mediums such as video, apps, and chatbots, these marketers have demonstrated that pharma promotions do not have to be limited to two traditional platforms such as TV and print. The audience has shifted toward online ad consumption and there where our experts can help you!

Having stated that, the audience is always crucial to success. Knowing your audience – where they are, who they are, and what they want – will make it easier to develop a successful marketing approach. As a result, when developing your marketing strategy, make use of widely available marketing tools and platforms.

Media monitoring is one of the best ways to gain insight into your brand’s perception and audience. It’s a means to always be aware of how people and media outlets talk about you online, analyze brand sentiment, and identify opportunities to integrate oneself into online dialogues. Once you understand your audience and what they respond to best, you’ll know how to approach them and what kind of material to provide.

At Neubrain, we have developed proven marketing strategies through SEO, Content Marketing, Personal Outreach, and other B2B marketing techniques that have a long term impact on the business.

AI IN LEARNING AND DEVELOPMENT INDUSTRY